Get together with your mates for a Barnstorming night out!

Enjoy unbeatable stand-up comedy on the 3rd Saturday of every month from some of the biggest names on the UK comedy circuit (and beyond.) With three different acts a month alongside a top MC, this is Saturday night entertainment at its finest.

Strictly for the over-18s. Seats can be reserved for parties of 6 or more.

On the bill this month:

Tim Clark has been a Stand-up comic for most of his adult life and still does over 200 performances each year, with countless shows at all the premier venues.

He has also performed throughout Europe, The Far East, The Middle East, South Africa and the Mumbai Comedy Store. He is resident host of ‘British Stand-Up,’ in Bergen, Norway, and has been around the world as part of shows for British Armed Forces. He has also worked at hundreds of corporate events, as host, solo act or part of a bill.

On TV he was host of the classic Game Show Give Us A Clue (BBC1); the sporting chat show ‘Under The Moon’ (Ch4); as well as scores of appearances on various TV and panel shows. 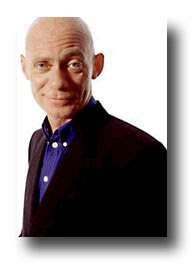 On RADIO he has been a panellist on Fighting Talk (BBC Radio 5 Live), is featured on ‘I Can’t Stand Up For Falling Down’ (BBC Radio4).

Tim is a regular on ‘Tragedy Plus Time’ with Bob Mills on TalkRADIO.

Their new show for TalkSPORT called ‘Yesterday’s News Today’ – where they review newspapers from yesteryear – started airing in December 2017.

As a SCRIPTWRITER he has written three highly acclaimed shows for the Edinburgh Festival; a BBC Radio 4 play ‘Talking to Ted’ – which featured himself and Les Dennis in lead roles; and a play about two football fans for Channel 4 called The Beautiful Game.

As an ACTOR he had a leading role in the Fringe First winning production of ‘What I heard about Iraq’. He has also starred in several short films; ’22nd Century Sitcom’ and the Anglo/Canadian production ‘The Bed Guy’ which both enjoyed considerable success at film festivals around the world.

Tim is also in demand as a WRITER and has written speeches for –(amongst others) Jonathan Ross, Phil Jupitus, football manager The Late Graham Taylor and former Prime Minister Gordon Brown. He wrote material for Barry Cryer on ‘The Stand Up Show’ (BBC1) and has also worked as a writer on BBC Sports Personality of The Year (BBC1).

‘Loved it’ – The Sunday People

Anecdotal, observational and refreshingly honest in style, Gerry’s comedy is enriched by a somewhat unique perspective: Real name Gerry Kyei (pronounced “Chay”), Gerry was born in the East End, but grew up in rural Essex, as a rare black face in an almost totally white ­and very parochial area (a million miles away from the traditional Essex stereotype towns like Harlow, Basildon, Romford and Southend). In addition to providing some truly original insights into life in rural England, these early experiences have ensured Gerry’s comedy delights an incredible range of audiences often confounds expectations. 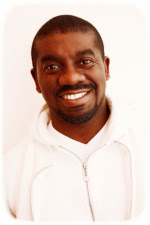 Starting in comedy as the result of a dare, his rise to headline act was a quick one, scooping a range of accolades along the way including; The Comedy Store’s ‘King Gong’, Metrolife Comedy Newcomer, and The Comedy Café’s Best Newcomer Awards.

Now a regular and in-demand headline act both in the UK and overseas, Gerry has played all of the nation’s leading clubs including The Comedy Store, Jongleurs, Komedia. He is also a firm favourite on the corporate circuit and for after-dinner speaking engagements.

As an actor he has appeared on The Bill and Angelo’s and recently enjoyed a cameo role on Jimmy Carr’s Xmas DVD. As a presenter, he’s hosted the football forum with former England international and I’m A Celebrity bad boy Rodney Marsh and legendary Sky host Jeff Stelling for Zoo Magazine and has also guested on BBC Nottingham’s ‘The Breakfast Show’.

The irresistibly amiable John Ryan uses his acerbic wit and seemingly encyclopaedic knowledge of the world around him to keep any audience on their toes. His East End Irish upbringing gives him the rare ability to connect with people from diverse backgrounds. No stranger to either the strange or the norm, he will put an amusing spin on any subject matter going. John has a reputation for thinking on his feet and confidently and cleverly adapting his show to any audience. His high energy and warm personality has also helped rocket his health shows into the limelight through ongoing projects with The London Science Museum, Unison and in 2010 with Surrey and Plymouth NHS Primary Care Trusts. 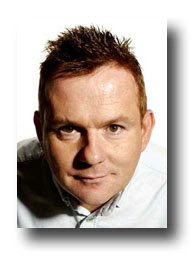 Bring it on CBBC TV

Case Example: NHS Plymouth ran ‘Operation Checkmate’, a day of activities to raise awareness of the importance for men to stay healthy. The PCT event used John Ryan’s skills of interaction to draw big crowds for the second year running in June 2010. The year also saw John Ryan win the top award for Mental Health and Wellbeing at the NHS health and social care regional awards in Brighton for the prison project ‘Beyond Prison’.

Ivo Graham: The Game Of Life

Ropetackle in the community

My First Cinema: The Gruffalo’s Child

Tampopo Billed as Japan’s answer to the Spaghetti Western, Director Juzo Itami grafts a plethora of comic vignettes – whose …

The Leylines are a West-country collective with a genre-defying, eclectic sound that ranges from traditional folk to full blown festival …