Three top comics and a barrel of laughs!

Enjoy unbeatable stand-up comedy on the third Saturday of every month from some of the biggest names on the UK comedy circuit – and beyond!

Featuring three different acts every month, alongside a top MC, this is Saturday night entertainment at its finest; what better way to get together with your mates for a barnstorming night out?!

It’s February, it’s cold, and there’s a whole host of stuff going-on in the world from which a temporary reprieve might be in order… that’s where Barnstormers Comedy steps-in.

Here, more particularly during the colder months, to warm the proceedings through and through, divert our attentions awhile, and provide a good ol’ seratonin boost when its needed most. 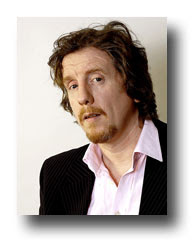 will be on hand to introduce three more top acts from the London Comedy Comedy Circuit and beyond. This month, they comprise: the wonderfully measured musings of Ben Norris, ‘It’s his sharp, biting comments that make Norris’s set stand out, the often harsh impact of the sentiment cushioned by his easy-going, everyman persona.” – Chortle; the effortlessly affable Quincy, ‘A bold act that is sure to be a crowd-pleaser’ – City Lights; and one great act as yet to be named.

Ben Norris is a British stand up comedian who has been performing on the comedy circuit since 1993. He has appeared on a range of different television shows such as Mock the Week and Never Mind the Buzzcocks. He was the warm-up man for the 7th series of Mock the Week on which he also appeared three times as a guest, on one occasion standing in for Frankie Boyle, who became ill moments before filming started and had to be taken to hospital.[1] A regular at The Comedy Store, in recent years Ben has become a member of the Tuesday night ‘Cutting Edge’ team. 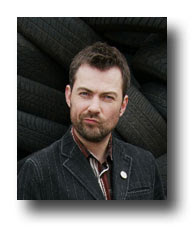 Ben has twice been Ed Byrne’s support act on national tours, He is also the cousin of actor Martin Freeman.

“The term circuit legend is overused, but Norris is one of a handful that have been headlining for more than two decades and rarely departs a stage without leaving it torn to shreds in his wake. A master of the craft, this will be an hour of the most polished stand-up you are likely to see.” – GQ Magazine

He has written and performed two narrative comedy hours in Edinburgh and as well as performing comedy at all the major UK comedy clubs, Quincy tours in large-scale venues in sketch shows and mixed bill comedy line-ups. 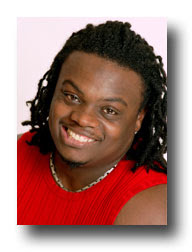 His own show Quincy’s Comedy Lounge is a regular sellout at Stratford Circus and he returns to The Bloomsbury Theatre with a solo show this October. He has supported Gina Yashere and currently has a sitcom and comedy drama in development.

‘A serious case of the warm and fuzzies’ – Three Weeks

Comedy at Ropetackle is supported by Pembroke Financial Services.

COVID-19 Postponed Shows: What we are doing.

Recent updates from us

COVID-19 Postponed Shows: What we are doing.

Recent updates from us

Ropetackle in the community

The event was postponed from Thursday 2nd April. All tickets bought will remain valid for the new date. Outstanding players, …

This event was originally scheduled for the 8th May 2020. Tickets bought for that date remain valid.  African Night Fever …